Demand for Australian merino wool on the rise, thanks to the athleisure market 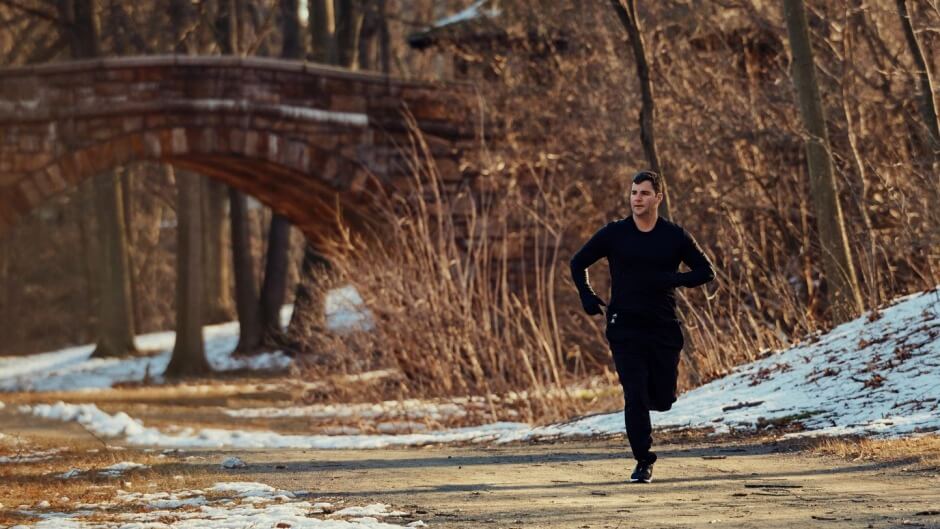 Once sought after for its utilitarian function and comfortable feel, wool began to fall off the fashion radar in the late 1960s. As cheap, easy-care polyesters and nylons became the most popular clothing fabrics, wool quickly became as daggy as the rear ends of the sheep on which it grew. Mills closed, tailors sold up and wool sales declined.

Australia’s current wool-producing flock is less than a half of what it was in 1990, but there has been a recent reversal of fortune as major apparel houses such as Zegna, Chanel, Adidas and Burberry recommit to a fabric superior to polyester in its breathability, durability sweat-wicking and even odour-absorbing qualities.

Merino wool fibres are in demand in the mills of Europe and China as high-quality and high-cost woollens come back into fashion. The resurgence can be seen at Australia’s sheep stations, where 90 per cent of the globe’s apparel wool comes from.

In northern NSW, the 2500-hectare Achill sheep station is now majority-owned by the Ermenegildo Zegna company, as a quality guarantee for the Italian firm’s wool mills. In Tasmania, six prominent Midlands merino stations, including Kenilworth and Lewisham, are now the sole source of merino wool for German maker of high-end alpine clothing Ortovox. And the doyen of woollen clothing makers – Devold​ of Norway – sources its merino wool from three designated sheep stations on Australia’s east coast.

Europe’s buy-in to the supply of merino wool comes as Chanel secures its purchase of the Scottish cashmere fashion house, Barrie Knitwear, and Adidas further expands its reinvention of wool as an athletic clothing fabric. New York sock company Thursday Finest allows customers to send their foot size over the internet and select designs of their customised merino socks, and in China modern wool mills are spinning “soft-touch” merino that behaves like cashmere, while experimenting with wool-denim and waterproof wool blends.

Wool’s new success has been a while coming, and it still only accounts for about 3 per cent of the world’s textile market. But a resurgence in wool as a higher-priced clothing fibre has seen the reopening of decommissioned wool mills in Yorkshire – with the overt support of designers such as Vivienne Westwood and Burberry – and wool is making serious inroads into the previously polyester-only “athleisure” market, in everything from running shirts and shoes to hoodies and yoga leggings.

In the past eight years the global price of wool has more than doubled from $7.50 to $18.20 per kilogram as  major clothing brands return to a fibre that boasts warmth, durability, breathability, lightness, UV protection and odour-eating among its qualities. It’s sustainable, eco-friendly and biodegradable and, unlike polyester, doesn’t emit ocean-clogging microfibres and isn’t made from petroleum.

Stuart McCullough is the chief executive of Australian Wool Innovation (AWI), which owns the Woolmark Company, an Australian organisation that promotes merino wool globally. “When I started here as the CEO in 2010, wool was a $1.9 billion industry,” he says. “Now it’s a $4.3 billion industry.

“The demand for wool is growing across the board, but specifically it’s a market driven by Millennials and Gen Ys. They want to wear something that’s eco-friendly, sustainable and biodegradable, and is also really nice against the skin.”

McCullough says the old image of itchy, scratchy wool is gone. It’s been replaced by ultrafine and superfine merino spun on modern machines as soft-touch fabrics, and also wools blended with polyesters and cottons to give them better performance.

“Canary in the cage”

While merino fibres have been sought after for decades in Europe – where they are turned into pricey Zegna suits and Chanel skirts – McCullough says the new demand for merino wool is likely to be in the athleisure market. Adidas has a range of woollen running wear called ZNE and a woollen version of its UltraBOOST shoe; Nike has Dri-FIT wool, UnderArmour has a brand called Charged Wool, Lululemon’s woollen range of yoga gear is called Swiftly and Puma’s latest golfing outfits are heavily reliant on wool.

To initiate its 2018 marketing push into the United States, AWI sponsored an Adidas woollen long-sleeve T-shirt that was presented to the top finishers in the 20 categories of the Boston Marathon this year.

McCullough says while the elite fashion labels operate in a well-established market for high-priced wool garments, the active-wear markets are the “canary in the cage”. These are the largest and fastest-growing apparel markets and the most dependent on synthetic fibres, and their ability to use wool for performance, and still get their pricing right, is crucial.

The performance side of the equation is a revelation: after decades of the polyester-makers researching the most breathable, durable and sweat-wicking fabrics, it turns out that wool has these qualities naturally. But price is another consideration, because as wool is used for more types of clothing, the raw material becomes more expensive.

“It’s a premium fibre in the apparel industry,” says McCullough. “It’s not like a polyester, where you can increase the factory production; there’s a finite supply of wool each year, and it’s all sold and all used.”

Adidas has produced a range of running wear using merino wool, including shoes. The Woolmark Company

By the time merino fibres have been cleaned, scoured, carded, spun, dyed and fabricated into a soft-touch garment, the resulting $400 cardigan will always find a market, says McCullough. “Wool apparel sells most strongly in markets with high disposable incomes, and in places where it can become cold in winter. So China is a driver for this industry, as a middle class of about 300 million affluent Chinese emerges.”

He says China has taken to wool very quickly and now has similar usage rates to Europe – about 1 kilogram of wool per person per year. The obvious exception to the “middle class, cold winter” rule is the US, where man-made fibres rule. “The United States’ use of wool is around 300 grams per person,” says McCullough. “It’s an underdone market with a lot of runway for us.”

Wool’s benefits seem too good to be true, but they are confirmed by science. In a 2009 investigation into the use of woollen underwear and bedding to alleviate symptoms of fibromyalgia, Turkish academic Emine Kara Kiyak PhD found that wool alleviates the pain associated with fibromyalgia because it stabilises the body’s temperature.

She says of wool, “Clothes fulfil a basic human need to maintain body temperature (homeostasis) by protecting the body against temperature changes and other external effects. The heat-keeping capacity of animal wool is higher than that of plant or synthetic fibres.

‘In addition, wool fibre, particularly knitted wool, forms sites of isolation where air is stored, especially if the wool fibre is knitted from wool threads. Wool textile is able to absorb 30-50 per cent of its weight in dampness and, therefore, is able to pull sweat away from the body, thus protecting it from temperature change.” 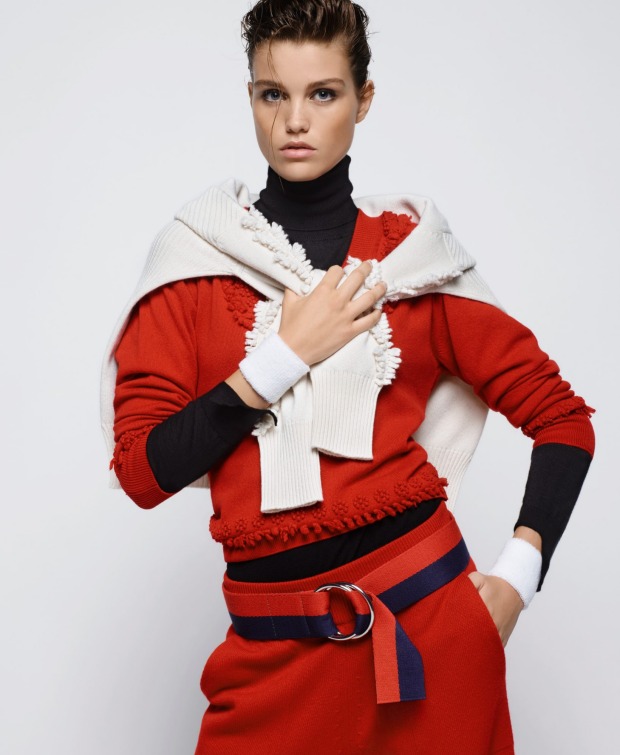 A creation in wool from the 2018 spring/summer collection of Barrie Knitwear, which is now owned by Chanel. Karl Lagerfeld

The lure of wool is strong for those who have grown up around it. Paolo Zegna, president of Italian clothing company Lanificio Ermenegildo Zegna, might preside over the world’s largest menswear company by revenue (Zegna makes suits for Tom Ford, Gucci and Dunhill), but he is still in awe of the fibre. “It’s incredible to think that wool fibres are so resilient and elastic that they can be bent 30,000 times without damaging them, or that they can be stretched up to a third of their length and then spring back into place.”

The company, usually associated with expensive suits and jackets, is also investing in wool as sports clothing, mostly using superfine merino wool from Australia. “It allows a strong and soft cloth, while being woven in a way that allows it to keep its natural breathable properties.

“Our Techmerino project is the synthesis of the best attributes of merino wool and the most sophisticated wool processing and finishing techniques,” says Zegna. “The result is a fabric that breathes, adapts to temperature, is quick drying and easy-care. It is designed for contemporary life.”

Along with Millennials and sporty types, gender might also be playing a role in wool’s resurgence. Cynthia Jarratt, chief marketing officer for Australian Wool Network, which owns wool fashion brands such as MerinoSnug, Hedrena and Only Merino, points out that 75 per cent of their woollen garment sales are to women. She says in the female wool market, there is little resistance to the price tag on a high-quality, high-cost superfine merino cardigan.

“Women who own those garments are prepared to maintain them and wear them for many years, says Jarratt. “Part of the appeal of wool is the durability.”

Provenance is also a big part of wool’s status. “As part of our DNA provenance program, we put a QR code on the garment so customer scans can see where the wool came from, right down to the grower,” she says.

Wool’s comeback in fashion might also be a turning point against the “more is better” culture encouraged by cheap polyesters and outlet stores. As the CEO of German clothing company Ortovox, Thomas Moe, says: “Wearing wool, you have all the fibre’s benefits, such as odour resistance. One wool garment is going to be more expensive than a comparable polyester garment, but since you need [fewer] garments you actually come out better.”

Moe’s comments might point to a deeper change: the resurgence of wool is a reflection of consumers prioritising value over price.

Swatches of wool textiles from Georgina Wright's collection for Kvadrat.

Read more
0
Do NOT follow this link or you will be banned from the site!