Wool is part of the natural carbon cycle

In South Africa, we have been experiencing severe drought during the last couple of years. At the same time around the world, many countries are experiencing similar heat waves and droughts combined with extreme storms and floods. During the 136 years of weather recording, seventeen of the 18 warmest years have occurred since 2001. These severe weather patterns are commonly summarised as climate change. As geological findings demonstrate, climate change has occurred throughout the history of this planet. However, this time 90% of all climate researchers are certain that the current change in climate is happening due to human activity.

This leads quickly to the question of which human activity is the highest contributor to climate change? Many news media repeatedly report that livestock is the greatest contributor to climate change. In fact, there is one particular number being (falsely and repeatedly) mentioned, claiming that 18% of GHG emissions come from livestock and that these livestock emissions are higher than all transport combined.

In this blog post, we want to look at this statement more closely and provide you with the context, the bigger picture, and the correct figures.

Biogenic Carbon – Wool is part of a natural carbon cycle

All livestock such as sheep and cattle are part of a natural carbon cycle. You may remember from your biology class, that CO2 is a natural gas present in our atmosphere and is needed for photosynthesis. In fact, each year 155 billion tons of atmospheric carbon is converted to biomass carbon (also called biogenic carbon) which are in simpler terms plants, grass, and trees.

Sheep eat biogenic carbon, in the form of grass and shrubs and other plants. Their digestive system then turns the grass partially into the amino acids of the wool fibre and partially carbon and methane gases which return into the atmosphere. In fact, 50% of the weight of clean wool is made up of pure biogenic carbon. Wool is in some way a special form of carbon storage until it biodegrades and returns the carbon back to the soil. The CO2 and methane gases which the sheep releases through its digestive system are returned to the atmosphere and can be turned back into biogenic carbon through photosynthesis.

Synthetics are made of fossilised carbon

All synthetic textile fibres such as polyester, acrylic or nylon are made of crude oil. Crude oil, along with gas and coal is fossilised carbon. Fossilised carbon is excess biogenic carbon which nature has stored away into long-term storage over the millennia. We humans have started to add this long term carbon storage back into the atmosphere during the last 150 years since the first oil wells were found in 1870. 60% of this additional carbon can be absorbed through photosynthesis and oceanic storage. However, the remaining 40% stays in the atmosphere and heats up our planet.

With synthetic fibres the issue is that the fibres do not biodegrade but instead only break down into small microfibres polluting our soil and water (read more about biodegradation here).
However, the largest amount of carbon emissions is generated by energy production and consumption as well as transportation (cars, planes, etc.). This brings us back to the comparison mentioned above of who emits more greenhouse gases, livestock or transport? This topic also brings us back to Life Cycle Assessment, which we have been talking about in our blog series.

In 2006, the Food and Agricultural Organisation (FAO), a United Nations organisation, published the famous number claiming livestock contributes to 18% of GHG emissions. FAO added in their report that this was more than the transportation sector.
Since then, FAO has revised these numbers because further research showed that they were incorrect. How did this happen?

FAO had conducted a full LCA of livestock. This means they had included the whole life cycle of the livestock supply chain from farm to the grave. This included GHG emissions from the production of fertilisers, pesticides, plant emissions, feed production, manure, digestive emissions, slaughter, transport, industrial food processing etc. Based on the LCA methodologies available in 2006, the number of 18% was actually quite well calculated. However, the error FAO made back then was in not doing a full-fledged LCA for the transportation industry and instead just using the tailpipe emissions from different vehicles. In other words, the calculations for the transport industry did not include extruding of oil, transportation of oil, emissions from refineries, manufacturing of cars, planes and other transportation vehicles, use and recycling of vehicles. The numbers were not comparable.

In the meantime, the IPCC (Intergovernmental Panel on Climate Change) has published numbers that only look at the direct emissions of livestock (manure and digestive gases) and transport (tailpipe emissions). These numbers identify livestock to contributing 5% of all GHG emissions while transport contributes 14%.
So far, researchers have not been able to calculate the full emissions based on the life cycle of transport as there is not enough data available. However, the life cycle emissions for livestock have been updated based on improved LCA methodologies and are calculated to be 14,5%, if all inputs and outputs are being considered.

The next time you hear or read the news claiming livestock are the largest contributor to climate change, you will know that the reporter behind the news item didn’t do his research well as he is citing outdated numbers.

When it comes to choosing a new garment, you will be able to make better choices for yourself and the planet. 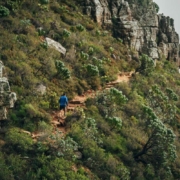 Core Merino How Wool is biodegradable and why it matters 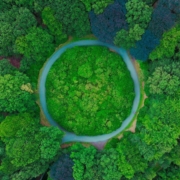 What is the environmental impact of wool? 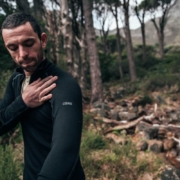 Core Merino Reduce your own environmental impact with wool 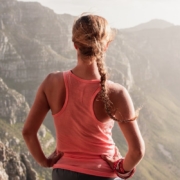 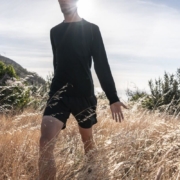 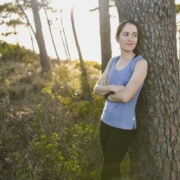 Want to join the discussion?
Feel free to contribute!

How Wool is biodegradable and why it matters